At the top of Snowdon when it was blowing a gale. I had a few seconds to get a picture at dawn where the team were standing.

Grab the camera, open the F stop as far as you can, point and shoot

I failed to get the picture ! 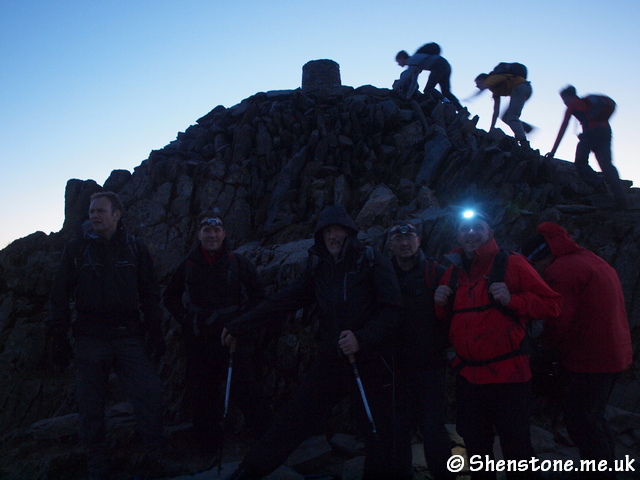 So I removed the people and got quite a useful shot that I've actually had people complimenting. it there are some repeating sections because I had so little usable image to clone from, but unless you have been there and inspected this rock you are not likely to know (until I told you that is) 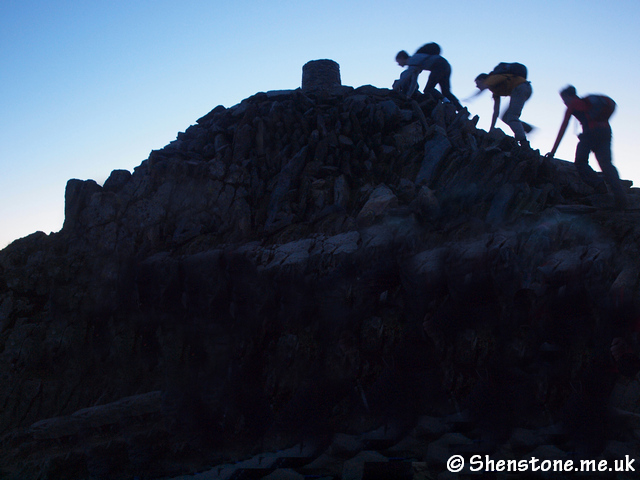